It has been a ridiculously long time since I posted a new blog post.

Lord knows A LOT has happened in the past almost-four-years since my most recent blog post.

Covid 19 and Joe Biden becoming US President have happened, though I'm not sure which is worse.

But, to post something after all this time, I'll just put up some recent photos I've taken.

Post deep-fried to perfection by JAM at 12:49 AM No comments:

Here's a colorful Florida photo for anyone who might happen upon this blog.
I have been posting political posts lately, and thought I'd do something different, like post a photo.
I do have a photography blog, sans politics, called Brevard County Images if you care to see it.
People of all political persuasions are welcome to visit and comment on either or both blogs.

I use a Fuji mirrorless camera and have two Fuji auto focus lenses made for that camera system. I have numerous older manual focus lenses originally designed for and used on 35mm SLR film cameras, that are capable of being adapted to work with this camera.
I absolutely love the camera and the Fujifilm X system.
The problem is money.
Fujinon lenses, lenses made by Fujifilm, are fairly expensive, but one advantage of a mirrorless camera system is that, due to the physical size, many old, manual focus camera lenses from many different lens manufacturers can be adapted to, and used, on these cameras.
With this photo, I had carried an old, Nikon 50mm manual focus lens with me and thought it's wide maximum aperture would make it a good choice to get a photo of this nearby sea oat in crisp detail and yet give the farther distant Atlantic Ocean and the beach a pleasant, colorful blur.
Outrageous colors provided by God Himself, with the help of about a 1/3 to 1/2 stop underexposure.
I hope y'all like it.
Post deep-fried to perfection by JAM at 11:27 PM 4 comments: 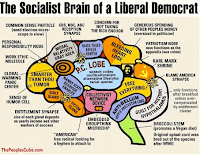 After decades of being preached to about the imminent dangers of the supposed rising sea levels, due to, according to them, man-made climate change, I now see that it's the world's Trump-hating Liberals that are causing any sea level changes.
The sheer volume of the tears of Earth's liberals, over - every - freaking - thing since the November 2016 presidential election easily has the potential to cause more detrimental sea level changes than any possible rise caused by the other 6.5 billion carbon-spewing people on earth who are not Trump-hating liberals.
I can't go to the mail box at the side of the street in front of my house without getting my shoes/socks/feet wet from stepping in big puddles of liberal's tears.
Question: Have liberals never had to read The Boy Who Cried Wolf in school as a kid?
Heck, I joke about having grown up going to Louisiana public schools, but even I got that story loud and clear as a young'n.
The whole DEFCON I thing where the world's liberals now live, long-term, and their constant bleating about the wolf's arrival have proven quite false, thus far, don't you think?
Two easily-arrived-at determinations of the non-ending crying are, a) people tune them out and ignore them and b) the Crocodile Tears of Fake-ness actually will drive people away from liberal political opinions and to voting to support the much-improved economy and incredibly low unemployment figures of the Trump administration's economic policies.
I do get tired of liberal's crying, but I do like seeing President Trump cause them to come out of their shells and show themselves for the bat poop crazy, unreasonable people they have actually been all along.
But, as a liberal actor, in the guise of a movie character, once said, "Stupid is as stupid does."
There's even a Walk Away movement by former liberals/Democrats, encouraging their former protest-mates to get a brain and to get a life.
I miss the days when I could have a reasonable political discussion of politics with a liberal friend.
That started changing under George W. Bush's administration, and by the day after the presidential election of 2016, even people I thought stopped being able to talk politics like a human and instead chose to become screeching doomsayers like the talking heads on MSNBC.
I know that I may often sound like an unreasonable conservative on this blog, blogs are one-sided by their nature, BUT!, I know what I believe, AND WHY I BELIEVE IT.
I believe that liberalism as being practiced in America by those in power in the Democratic party is intellectually wrong and dangerous.
I AM a hard-core political conservative, so sounding harsh on here is a risk I'm willing to take.
Even my most strident diatribe here is nothing compared to the screeching by "experts" on CNN or MSNBC. Unreasonable mental gymnastics are required to follow what, to a liberal, is sound reasoning on shows such as Rachel Maddow's. Girl be crazy.
Post deep-fried to perfection by JAM at 1:06 PM No comments:

THE Most Important Point About Trump's Supreme Court Choice

I have looked, read, thought, and otherwise obsessed over the Supreme Court Appointee choice that President Donald Trump will make in the summer of 2018 to replace retiring Justice Anthony Kennedy.
No matter how I look at the issues and the individual judge choices, which are important, ONE THING of importance stands head and shoulders above all others in this particular case.
The most important thing about President Trump's next Supreme Court choice is simply THAT HILLARY CLINTON IS NOT IN OFFICE TO MAKE THAT CHOICE.
And, although the world seems really crazy to me, that last fact allows me to sleep a little better at night.
I would, hands-down, prefer ANY Supreme Court Justice picked from the list of possible appointees that Trump listed as far back as during his presidential campaign run (a truly impressively accomplished list of judges if you take the time to look at them), than any justice Hillary Clinton would have chosen.
Post deep-fried to perfection by JAM at 1:59 PM 2 comments:

Glory Hallelujah!
Today, the Supreme Court of the United States of America declared it unconstitutional for public sector labor unions continue to steal, um, deduct "fees" from the paychecks of any employee anywhere.
If you love labor unions and their money laundering of "fees" and union dues directly into the coffers of liberal Democratic political candidates, then you are probably crying.
I have no love for labor unions, based on personal experience and the effects of union members on beloved members of my family, and therefore LOVE this decision.
The fact that union membership is at an all-time low, yet labor union donations to national Democratic political candidates is at an all-time high, goes farther than I could elucidate here to show that today's labor unions reason for existence is to finance the Democratic Party and liberal parties.
I'll just let it go at that. 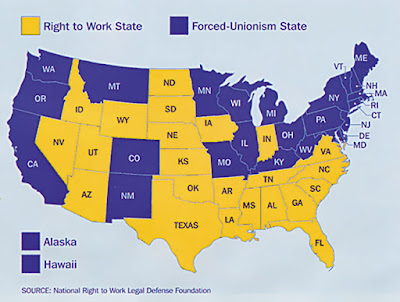 Post deep-fried to perfection by JAM at 5:53 PM No comments: 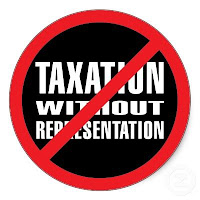 Aaaaand, America has come full circle.
Well, at the very least another example of America having come full circle regarding another reason that provoked the Founding Fathers to break off from England.
The Supreme Court of the United States of America, in a 5-4 decision, has decided that any particular state can collect taxes from people who live in other states.
The door to collecting taxes in every single aspect of the internet has been shoved open by the US Supreme Court.
I'm not surprised at all.
I AM disappointed.
Just another way "The Man" is determined to keep us individuals "down."
Post deep-fried to perfection by JAM at 4:23 PM 1 comment: 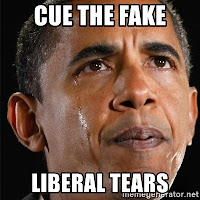 Hate seeing babies separated from their parents on the border?

It's really funny, in an un-funny way, how liberals in June 2018 are hating on Donald Trump for the US's laws on handling illegal aliens entering the country...illegally.

This has been going on for Many years. Yes, even all through the Immaculate One, Barack Obama's administration.

Here's but one of many, many possible examples of the Obama Administration doing baby separating on a massive scale, that never even got Rachel Maddow to shed one single, fake, crocodile tear...

Where were the crying liberals blaming Obama for the THOUSANDS of family separations he was in charge of?

Yep, it's unfortunate, but it is, and has been for years, The Law of the Land.

"The best way to get a bad law repealed is to enforce it strictly." - Abraham Lincoln

Next week we both know you'll be whining about a completely different thing, having totally forgotten "the children," just like y'all always do when it's convenient for you and your politics.


Read more at: https://www.brainyquote.com/quotes/abraham_lincoln_122582
The be


Post deep-fried to perfection by JAM at 10:28 AM No comments:

**I Have A Photography Blog Too!**

I have a second blog called Brevard County Images (Florida) This blog will be only photos and talk about photography, for the most part taken on the east-central coast of Florida, in Brevard County. So, if you are into photography, check it out. I'm a better photographer than I am writer of conservative political thought.

JAM
Palm Bay, Florida, United States
I'm a 55 year old Christian, Husband, Father of two girls, and a former electrical engineer. Here I will write about the little things in life that are on my mind, and occasionally the big things like Christianity, politics, and my views on the state of America and the world. And lots of my photographs!

Get To Know Me Fast